The greatest invention since sliced bread – A Computer

My friend sent me this text and I found it both amusing and nostalgic. I shortened it to include only the computer companies which I had a personal interest and of course DEC, my previous employer: 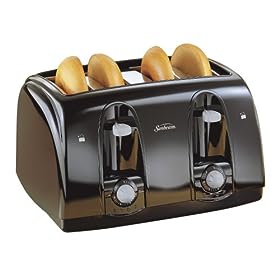 If IBM made toasters... They would want one big toaster where people bring bread to be submitted for overnight toasting. IBM would claim a worldwide market for five, maybe six toasters.

If Microsoft made toasters... Every time you bought a loaf of bread, you would have to buy a toaster. You wouldn't have to take the toaster, but you'd still have to pay for it anyway. Toaster'95 would weigh 15000 pounds (hence requiring a reinforced steel countertop), draw enough electricity to power a small city, take up 95% of the space in your kitchen, would claim to be the first toaster that let's you control how light or dark you want your toast to be, and would secretly interrogate your other appliances to find out who made them. Everyone would hate Microsoft toasters, but nonetheless would buy them since most of the good bread only works with their toasters.

If Apple made toasters... It would do everything the Microsoft toaster does, but five years earlier. The toast would make a little smiley face at you when it popped up, or else it would get stuck and there would be a little picture of a bomb burned onto it. If they break, these toasters would require a special set of MacToaster Tools to even open up. Worldwide market share would only be 5%, but all the bread in school lunches would be exclusively toasted on the MacToaster.

Does DEC (Digital Equipment Corporation) still make toasters?... They made good toasters in the '70s, didn't they?

If Hewlett-Packard made toasters... They would market the Reverse Polish Toaster, which takes in toast and gives you regular bread.